The Faith, Mission & Ecumenism department has a wide range of tasks. Basic theological questions, current questions of social interaction, ecumenism, ethics, tasks in the field of journalism and community development are located here. 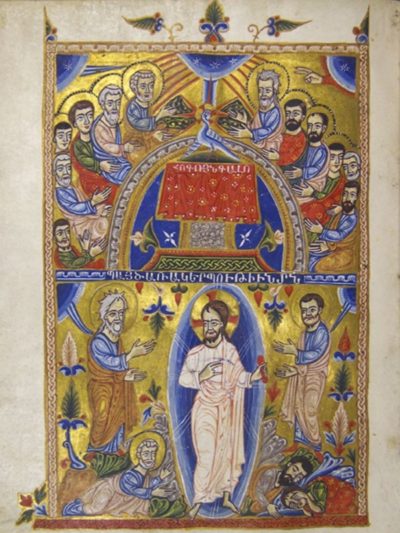 Church division is a painful issue for all traditional churches. Although there have been several attempts from different sides throughout history to restore the unity of the churches, it was only in the early 20th century that visibly attempted to improve ecumenical relations between the churches. The Second World War in particular shook the churches. A new reflection on the possibilities of cooperation between the churches began. The aim of this new ecumenical movement was to unite the churches "in common witness and service". In addition to the global World Council of Churches (WCC) National church and Christian councils were formed in many countries.

Although the Armenian Apostolic Church has suffered from Western Catholic as well as Protestant and Eastern, especially Russian Orthodox, missionary efforts in the Christian East, it has taken the ecumenical challenge seriously. She firmly believes that it is God's will that she comes together with her ecumenical partners for common prayer, lively dialogue and common action.

The Armenian Apostolic Church has been a member of the World Council of Churches since 1962. It is perhaps the most comprehensive instrument of the ecumenical movement, providing a global framework for close and serious relationships and collaboration with other churches.